Today’s parents, teachers and grandparents often find themselves annoyed at the hours boys spend in front of screens, gaming. They find it absolutely absurd that boys (and girls) watch other people play video games on You Tube and Twitch. But is watching a top video gamer in peak form really any different than parking yourself in an overstuffed chair on Sunday to watch young athletes throw, catch and carry a football?

Baro Hyun grew up in Korea; his generation was part of the video game revolution, and he participated in video games’ evolution from household amusement to public pastime. To him, his young sons’ obsession with video games doesn’t seem particularly alarming or surprising. His boys’ grandmother, though, had another perspective altogether. As Baro writes in the introduction to his book, Demystifying Esports: A Personal Guide to the History and Future of Competitive Gaming:

[the boys’] otherwise peaceful grandmother…couldn’t stand the sight of her grandchild giving all his attention to the tiny screen of Switch for hours at a time, and none to her…

Stress in the house gradually build up until the clouds broke in dramatic fashion.

My sons’ granny had a bad day. When she saw the younger one in gaming mode, she flipped out. With a speed that belied her age, she brought a pair of scissors from the kitchen and mercilessly cut the charging cable of the Switch…

Adults’ misunderstanding and misconceptions about esports and video gaming contributes to the generational divide (and household conflict!). Baro encourages adults to learn about esports role in kids’ lives – and in the modern economy. 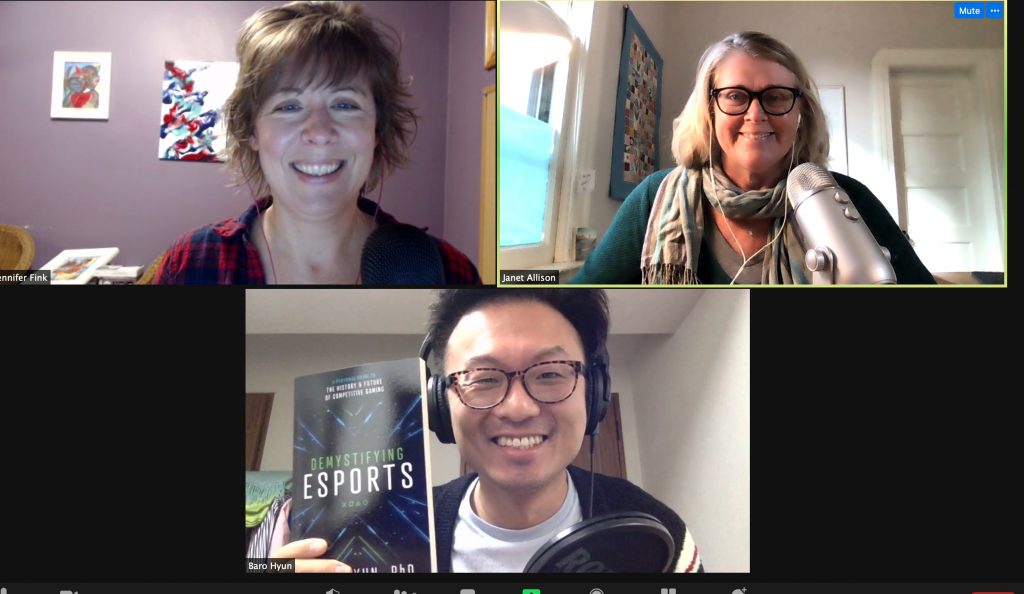 Demystifying Esports: A Personal Guide to the History and Future of Competitive Gaming –– Baro’s book

All About Esports — ON BOYS episode

Fortnite is Not a Waste of Time — Building Boys post

Esports in the Pac-Man Era — share this video (about a 1982 Pac-Man tournament held at Milwaukee’s County Stadium) w your boys!

Be sure to opt-in at  Boys Alive! .com for your free report “3 Simple Tips to CONNECT with Your Boy.”  And subscribe to Building Boys Bulletin, a weekly email newsletter filled w boy-specific info & inspiration.