Why are video games so important to boys?

That’s the question a listener sent in response to our recent call for questions. The listener who asked that question just happens to be Jen’s brother — and another one of their brothers happens to be a video game designer, so we got them all together to explore the role of video games in boys’ lives.

“I remember feeling so ticked when things went wrong when I was playing,” says Doc Wondra, a dad of 3 who grew up gaming on the Atari, ColecoVision and Nintendo systems. “I felt cheated by the video game and was just mad at everything in that moment and felt a little bit out of control.” He even admits to tossing a controller or two.

Of course, now that he’s a father, he’s annoyed and somewhat baffled by such behavior in his 9-year-old son.

“He doesn’t just get upset,” Doc says. “He gets upset and then shares that ‘upsetness’ with whoever’s nearby.”

Greg Wondra (Jen & Doc’s brother and a video game designer and dad of 3) says boys’ emotional reactions to video games result, in part, from their experience of the flow state. A person is in flow when they are deeply immersed in an activity.

“Games are designed to — and excel at — keeping you in flow,” Greg says. “I think part of the reason boys get very frustrated is that they get busted out of the flow state.”

Video games also meet a lot of boys’ psychological needs: for achievement, creativity, exploration, and socialization. So, if you’re worried that your boy is spending too much time gaming, consider his psychological needs. Is your son engaged in other activities that fill some of his needs? Can you give your son more freedom and autonomy in the real world?

“There’s not many places today where kids feel successful,” Doc says. Helping kids find and experience success in other areas of their lives may decrease their reliance on video games. 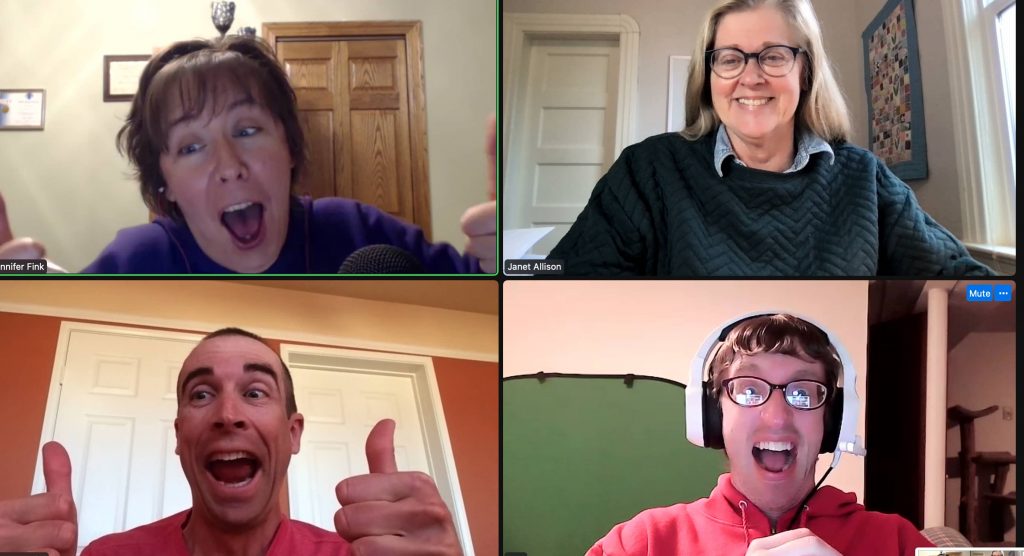 Flow: The Psychology of Optimal Experience, by Mihaly Csikszentmihalyi — book mentioned by Greg